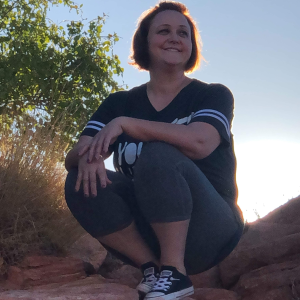 When I considered writing this piece I had no clue where to start. I mean, how do you sum up the last eighteen years into a few pages? Well, I can’t. What I can do is tell you how it feels to be a mom of a child who was diagnosed with Asperger’s Syndrome Disorder (ASD). There have been many set-backs, challenges, opportunities, wondrously momentous occasions, milestones in development, as well as a love that exceeds all parental expectations. This journey has been one of the most prolific in my life. My daughter has been an influential person, shaping the way I see, think, and understand people around me. She is my inspiration for how to be a better human.

Eighteen years ago I arrived to the imaging center for my first ultra sound. This pregnancy was fairly easy after having twins. She didn’t move a lot, which always made me nervous, and anxiously awaiting my appointments to hear her heart beat. She was calm in the womb, and it is safe to say, that she is still a calm child. As the technician proceeded with the test, she had a dismayed look on her face. Questioning her expression, I asked, “Excuse me, but what is wrong?” She asked me if I had any birth defects in my family lineage. She was curious and asked me several questions about Down’s Syndrome within my family history.

I felt my heart sinking to the pit of my stomach. Why would she ask me about this, unless there was validity behind her line of questioning? Since she is not the doctor she was not allowed to inform me on how she was interpreting the images. I remember driving home alone, without my husband, and crying profusely. There was already trouble in paradise between the two of us, and I knew I was headed for single parenthood, but top that off with a special needs child, horrifying. I was not prepared. When I came home my husband attempted to be supportive and called the imagining center to find out why I came home hyperventilating. The employee he spoke with sincerely apologized and had the doctor call quickly. The doctor confirmed that there was nothing to worry about.

How did we go from concerns based on disabilities, to everything was just fine? I kept this in the back of my mind for years. According to the doctor, what the technician saw was my baby’s head measuring larger than normal. Oddly enough, in her later years as a teenager, she was diagnosed with hypertension in the brain. Her Pediatric Neurologist considered this to be more of a condition than a symptom of her ASD. Can you imagine waiting fifteen years to hear this? Sigh…

I must share with you that my daughter was the most delightful baby. She was my little ray of sunshine in a dreary moment in my life. Two days before I gave birth to her, my husband and I separated. Waking up every morning to her smile and little baby giggle was the only way I wanted to start my day. She was the best baby. She snuggled and wanted to be held like most infants, but there was a difference. I saw that she was not as adept at cooing or babbling as her sisters were. As content as she was I could see the delays.

Through the years I felt blessed to be her mom. By the time she was three years old she had not said much. Her speech was severely delayed. My daughter had not spoken more than a few words. It would appear as though sentences could take another three years at the rate she was going. As a mom, I began to feel insignificant. Was it my fault? I did not read to her, it must be my fault. I suffered many self-deprecating thoughts of insufficiency. Too many moms that I knew were already utilizing flashcards and teaching vocabulary to their three year olds. Meanwhile, mine could barely speak. Even still, it was difficult to be upset. Words will never be enough to explain what a sweet and lovable child she was at three. While most of the other moms were dealing in flashcard trivia, they also resided in Tantrum City. Me? Not so much! Mostly puppies, clouds, and rainbows with this toddler.

By the time she reached kindergarten, she could put sentences together and communicate, but like all five year olds, she had trouble pronouncing her letters. Her teacher told me not to worry, she seemed like any other kindergartener. WEEEFFFF!!! Thank goodness. Relief overcame me.

I continued to be in denial and just assume she had better things to do with her time. Observing was much more fun than speaking. As she developed through to the third grade we had many set-backs. Her first grade teacher isolated her without telling me about it. Her second grade teacher had her sit in various parts of the classroom to keep her focused, to which focus never came. Her second grade teacher also placed her behind cubicle walls in the classroom, without consulting me. Obviously, none of these extreme tactics worked.

It wasn’t until my daughter got to third grade, and her amazing teacher saw something no one else had noticed. She explained to me what she had been monitoring for a solid week. The teachers were never able to keep my daughter’s full attention, and somedays none of it. Her teacher tried to break down the day in the classroom and where my daughter was struggling. It was evident to the teacher that my child was suffering from a form of autism. How had this gone undetected?

The teacher sent me to see a specialist, where my daughter had been tested. The doctor also sent me home with survey questions for all of the adults in my daughter’s life. We filled them out and headed back to the next appointment. She was indeed high on the spectrum.

Today, after proper medication, rehabilitation, speech therapy, psychiatry appointments, cognitive therapy, and coping skills, she is working through her disability. As a seventeen year old girl, she still struggles with social anxiety, she is inept at relating to peers her age, and is tolerating the stresses of being over sensitized. Daily life for my daughter is frustrating. The daily routines, we as functioning adults, take for granted, she must work through.

My daughter is not my failure, she is my triumph. She has overcome the adversity of her disability. She works a part time job at a local fast food restaurant, she drives a manual transmission, and she attends regular classes in school. Although, she has learned how to conquer all of these daily ventures, she must remain dutiful in her plight. My daughter enlightens me with her daily routines, which keep her on task. I am continually blown away by her strength and perseverance.

Child development has many stigmas attached to how successful we are as parents. I was always the loving mom, but never the over-achieving mom. For me, the “what mattered”, was not in the inner workings of cognition, but rather in the quality bonding time I spent with my child. I enjoyed snuggles in silence, rocking her to sleep, watching her bounce up and down in her crib with giggles, and currently binge watching Ghost Adventures while crocheting.

You see, next year she is a senior in high school, and she is on track to graduate from classes that never catered to her ASD. She has put the effort into coping with life as it is given, and she has given in return. She has provided every administrator who has met her the understanding and will to comprehend her disability. She has shown everyone in her life, that although she struggles, she stamps down the stigma that she should attend special education classes.

For all that she has learned in her seventeen years, I believe she provided meliorated education to those whose hearts she has touched. My ASD child in not a fading light, she is a shining star, sent from the heavens. I love her and will continue to tell the world, that children born with mental and genetic disabilities are not less than. These children will bring a joy, aspiration, motivation, and inspiration to your lives. Allow these children in to your heart and you will be beautifully enhanced for it.