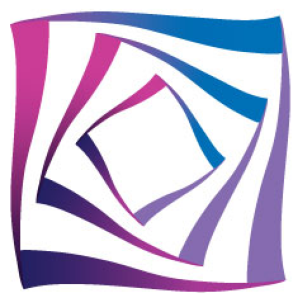 We have a strong belief that all moms within the HM community have a voice. We touch on any and every topic that we, as mothers and grandmothers, face. We are a group full of love, understanding, and support for all moms. For far too long, moms have not been provided a proper platform to express their emotions and opinions, their cries for support and understanding, as well as their need to know they are not alone. For all the reasons we have just mentioned, we are here for you, standing by your side. We understand that there are mothers and grandmothers out there right now struggling through the challenges of societal strife and need to be heard and understood.

HM is here to lift all voices. During the current events we felt that it was important to give black moms a podium. We believe that you deserve to have a welcoming community who hears you, wants to recognize your trials and tribulations, and acknowledges your need to speak out. We are listening. It is with that, we salute, and uplift all our wonderful moms.

When my son was just eight years old, I had a talk with him about the police. I had to tell him that although he is a kid and he does the same things his white friends do, it may be innocent fun for them, but can be dangerous and scary when black people do things. I said there is going be a time where he would have an involuntary interaction with the police. I also let him know there may be things he needs to be aware to avoid getting hurt, or worse, sent to Juvenile Hall.

I explained the reasoning behind saying, “yes sir” or “no sir.” He would need to acknowledge that he would need to inform the authorities that he’s a minor, state his age, and say that he has the right to not be questioned without his parent. I told him to keep his hands out and extended where they can see them. Don’t ball your fist, don’t put your hands in your pocket, and most importantly, be sure to never touch your waist area. Stay away from the vicinity of his waist including his face because, they may feel threatened and entitled to hurt him.

At twelve years old, my son was playing basketball with his friends, when two police cars pulled up and insisted they called due to an accusation that my son and his friends were doing drugs. They harassed my son, pushed him against a police car, searched him and begin to interrogate him. Thankfully, he remembered what I said and kept his hands up, answered every question with yes sir/no sir and informed them that he was a twelve year old minor, and that he reserves the right to not be interrogated without the presence of his parent.

At this point, another child ran to my door to tell me the police had my young child detained. I ran outside terrified, nearly in tears and barefoot. Once I saw what was happening, I immediately asked the officers why they detained the young boys. I wanted to know the probable cause was. When they told me they got a call about guys doing drugs, I immediately became enraged and said, “These are children who were outside playing basketball, you will not have my child’s name to put in any kind of database or system to keep up with him in attempts to find a way to build a case against him.” I also stood up for the other boys and told them they have every right to not answer any questions or provide their names.

I was blunt and told the officers that they should use their resources to find the actual perpetrators or others who might actually be committing crimes. I informed them that my mother worked for the United States House of Representatives. I let them know that I would be happy to give her a call and we would contact every single one of our representatives to let them know what happened. Then, I began to interrogate the officers involved by asking them their names, badge numbers, and contact information for their superiors. After I finished ripping them a new one, I asked if these children were being detained. When they said no, I escorted each one of them back to the apartment buildings.

As I walked away, I turned around and gave them the most fierce mama bear looks that I could muster, as if I was piercing their souls. I eventually moved my children away from that neighborhood. My story is all too common for black families. The only difference between my children and other children is that I’m educated on my rights, the rights of my children. I was fortunate that I had a mother who was very well connected. She would proudly aided me in making some real noise, especially if the officers had violated those rights. This has to stop. I’m writing this for every little black boy who wasn’t so lucky. I write this for every parent of black boys to see this and understand what they have the right to do. This is my story about the problems I faced as a mother with children who are black boys.

The moment I found out I was having a son I instantly thought, “ I hope they don’t kill my baby.” This is the struggle of a black mother. While I was in the hospital about to have an emergency C-section and none of the doctors or nurses were listening to my complaints I thought, “I’m going to die today.” The struggle of a black woman and healthcare. I had to have a talk with my five year old god son about being mild mannered when expressing himself because, he doesn’t want to come off as a threat to those who fear him. I fear for my father, brother, cousins, and black boys constantly. I fear for myself.

I’m heart broken that every day I keep looking at my girls and I keep hoping that they don’t end up looking like me. I hope that they continue to look like their dad. That makes me sad. I know that if they look like me life will be harder, jobs will be more difficult to get, people will make comments like “you’re pretty for brown girls,” not that they are just pretty girls.

I’m a strong black wife and mother. Heck, I’m a PROUD strong black woman. I can’t and won’t say that I don’t fear my children may be mistreated or judged because of their skin color.

My three beautiful black children restart their lives every couple of years as military children. Let me tell you, they’ve encountered a few unpleasant moments. They’ve been called a nigger. They’ve been told they couldn’t participate because, of the color of their skin. As a family, we’ve been asked how we found a neighborhood where NO black families live. No, it wasn’t in a welcoming tone or “just” a statement. There was a definite meaning behind it.

It hurts! It hurts to know there are people in the world who HATE the color of our skin. It hurts to have people not see the injustice happening in this world every single day. However, as a black mother, it brings me great joy to know that my black children LOVE themselves and others. It brings me great joy that they know how and will speak up against hate, ignorance, and injustice. That anger in my voice is a passion for change. I’m not an angry black woman. I’m a passionate mother wanting a change. I’m a mother who wants the world to recognize that my children’s lives, other black children’s lives, as well as black men and women’s lives matter!