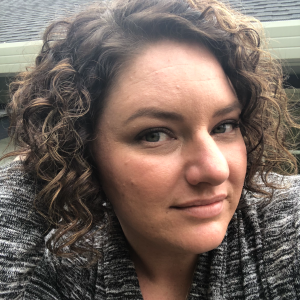 Co-sleeping is something I’ve been doing since I was a kid. I’ve always found a sense of security in sleeping next to another living being. I shared a room with my older sister at a young age, had sleep-overs with friends as often as my parents would allow throughout my teens, and adopted a dog to sleep next to when I lived on my own. It’s only natural that now, as a mother, my children co-sleep with me.

I didn’t really plan to be a co-sleeping parent, it just happened organically. As a newborn, both my kids slumber in sleep baskets in the bed with my husband and me. They both transitioned to their own rooms in a crib, after six weeks or so. We read the books and followed the to-do’s of sleep safety like every parent should. It was around four months old when my daughter found her way back into our bed.

It started out innocently. She was teething and needed extra comfort. “A few nights wouldn’t hurt,” we thought. A few nights turned into five plus years. Anytime our daughter needed the security of her parents, she came to bed with us.

For my son, I didn’t think he would co-sleep because he slept great alone up to one year’s old. Then, daddy went on deployment, and suddenly there was a vacancy in mommy’s bed. That little boy was like a moth to a flame, and found his happy place in our bed. Since I was sleeping alone for the first time in years, I didn’t mind the snuggles I received. He slept close to my side, leaving plenty of room for another to find their way into the bed, which is exactly what my daughter did.

When my husband returned from deployment we worked together on getting the kids back to their beds. Each night we would lay with a child until they fell asleep in their own rooms, so we could retreat back to ours. That didn’t last long though, as our bed had become the family bed.

Five years later, we still co-sleep with our kids. My husband’s ever changing schedule allows for a lot of vacancies in his spot. Each time a child has a cold, a nightmare, or just needs some extra love they come to the family bed. Parenting books will tell you that co-sleeping is a bad habit and children need to sleep alone. However, I cannot help but be molded like a malleable ball of parental clay when I hear, “Mommy I love your bed. Can I sleep with you tonight?”

I’d rather lose sleep for a few years of my children’s early life, and build a foundation of love and security for them, rather than force them into their own beds. This phase won’t last forever, and soon enough they will be embarrassed to be seen with me in public. So for now, we co-sleep, and we do so as a family.

Give yourself an afternoon pick-me-up. Stop. Drop.

One extra day to accomplish your goals for the mon

I’ve been known to set the clock forward a bit.

Give yourself an afternoon pick-me-up. Stop. Drop.

One extra day to accomplish your goals for the mon

I’ve been known to set the clock forward a bit.